The Park Bench is a film in which two people reveal their inner lives through the books they read.

Here is a list of favorite books from the Cast & Crew.

Write to us and tell us your favorite book, or a book you enjoyed most growing up,

Catcher in the Rye by J.D. Salinger

It's a classic for a reason.  Who doesn't relate to the alienated, hard-drinking, chain-smoking flunkie, Holden Caulfield? 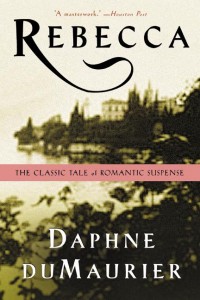 This is the first book that made me understand the pleasure of reading.  It has it all - suspense, mystery, passionate romance, and ghosts in the attic!

It shows the truth of the two girls' love.

It is full of magical realism!

Thank you for contacting us! If needed, you will hear back within 48-72 hours.

His foresight as Industrialism emerged in his backyard was beautifully told in such minute detail.

Masterful sentences of intense passion and depth.  I read it 10 years ago and still dream of it.

A Christmas Carol by Charles Dickens

It makes me feel the meaning of Christmas and life.

The Notebook by Nicholas Sparks

I'm a hopeless romantic!! (P.S.That's why I loved THE PARK BENCH!)

The Hitchiker's Guide to the Galaxy by Douglas Adams

Helps me keep the absurdity of life in the proper perspective, and provides the world with two invaluable pieces of advice: always keep a towel with you, and don't panic.

The House of Hades by Rick Riordan

Because it's a cliffhanger!

Let the Right One In by John Ajvde Lindqvist

A very different look at a classic vampire story that foregoes the romance in favor of a human interaction.

I love the romance in it!

Also I love Jeremy Fink and the Meaning of Life because I love the friendship component.

TELL US YOUR FAVORITE BOOK

The author of this memoir finds humor in the most dire circumstances and makes eating an egg a fascinating story.

Lifelong unrequited love.  Also, as a kid, I lived in Genoa and Rome, 1961-63, in the period covered by the early part of the story.

The Penderwicks by Jeanne Birdsall

I love the characters, her writing, the story and basically everything.  I have read the entire series billions of times!

The Mummy by Anne Rice

It has a little bit of everything and keeps your interest from beginning to end.  Very intriguing!

It's subtitled "A Swingin' Show Biz Saga" which pretty much sums it up.  Paul's been everywhere in the music scene and he writes about it with great wit.  Plus he's Canadian like me, so it gets preferential treatment.

In Cold Blood by Truman Capote

Grim but fascinating. This book introduced me to my favorite genre - true crime.  I've been a fan of it ever since.

The Glass Castle:  a memoir by Jeanette Walls

A great storyteller, she spins this personal yarn with enough humor to make it fascinating, not depressing.  What a strange, unconventional life!  It teaches us how resilient we can be.  I loved it.

Bless Me Ultima by Rudolfo Amaya

The Phantom of the Opera by Gaston Leroux

I love how this book teaches us of love, acceptance and tolerance and giving a chance at love to those the world has turned its back on!